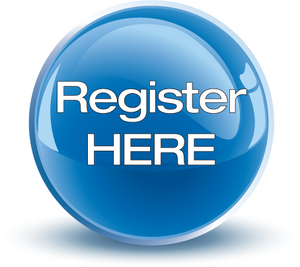 Before one can become a member of Retributions Blade, it's important to understand what kind of players we are, what our guild focuses on, our playstyle, some history of the guild, and know what we expect. If you aren't willing to become familiar with these subjects, then perhaps you should ask yourself why bother getting involved with us and seek out another guild that might demand less from you, expect less from you and more likely give you less in return.

What Kind of Player?

We're a group of players who maintain an attitude and behavior that is a standard above most others. We are polite, generous, supportive, professional and accepting. We choose play the game and not let the game play us. Which means we are here to have fun, not create undue drama and help others enjoy the game as well. We have chosen to surround ourselves with "like-minded" players.

What does the guild focus on?

As a guild we chose to focus on "content exploration" and leave the power-leveling or hard-core raiding to others. This means that we place greater importance on pursuing quest-lines, and exploring storylines rather than rushing to get to level 90. In order to be successful at completing quests we still need to form powerful groups, get the best equipment and forge the best weapons. It's just that it's more about enjoying the journey and not so much about reaching the end of the road. For this we use the term "content exploration".

Content exploration means that we seek to explore all game quests to conclusion, dungeons and instances fully, and leave the power-leveling or hard-core raiding to others. That's not to say we won't "soft-core" raid though. "Soft-core" raiding refers to 'Non-Mandatory" Raid Events. At level 85 or higher, most game content (often referred to as "end game" content) requires several individuals or multiple groups to successfully complete. We realize that raiding (in most cases) will become a "must" as players level up. For that reason, we've created the "Raider" guild rank. As we get enough players with the required level and skillsets we plan to organize raid events. These events won't be "MANDATORY" guild activities. Since we aren't at the point where we can host raid events on our own, members are more than welcome to participate in "outside guild" raid events hosted by other guilds. Once we have enough folks ready and willing to raid, RB will host raid events "in-house" and members will be encouraged to participate and even invite non-guild members as well, noting that guild members will have priority seating to such events.

We prefer to play with little to no profanity in either text or voice chat as many of our members have children with excellent visual and listening skills. We also discourage any sort of "off-color" jokes, innuendos, and sexual, political, racial or controversial statements as these tend to make someone uncomfortable and we prefer instead to promote acceptance, tolerance, understanding and relaxation.

There are many adjectives that describe who we are. Words such as “polite”, “generous”, “supportive”, “professional” and “accepting” ALL accurately portray our behaviors providing you act likewise and refrain from excessive bouts of profanity outbursts, drunken disorderly conduct, or abusive verbal taunts and tirades towards yourself or others. We aren’t police nor do we have “rent-a-cops”. Instead, we expect you to control yourself and not hurt yourself or others. We don’t use the term “family friendly” because we aren’t a group of kids, nor do we babysit, and we understand that an occasional curse word may sometime slip.

Those who find Retributions Blade a good fit, have decided to “self-impose” an elevated set of character traits and expect the same from their guildmates in return. In RB, we seek to avoid profanity whenever possible, solve issues that would otherwise cause drama, look at the humor in serious issues, and accept the support of members as family during trials and tribulations. You don’t have to be a college professor, nor do you have to spell perfectly (that’s why they invented “spell-check”).

What do we expect from you?

We do ask you to:

If this sounds like your "cup-of-tea" then here's what you should do next:

Our Guild Recruiters are:

Any player sporting the "Retributions Blade" Guild Tag with a rank of "Honored Member" or higher.

HYPERLINK USAGE (Please review before clicking links on this site) Content found within this wiki website (including images) are considered to be released under the CC-BY-SA 3.0 License and the GFDL.
See the Terms of Use for details

Retrieved from "https://retributionsblade.fandom.com/wiki/How_to_Join?oldid=4159"
Community content is available under CC-BY-SA unless otherwise noted.